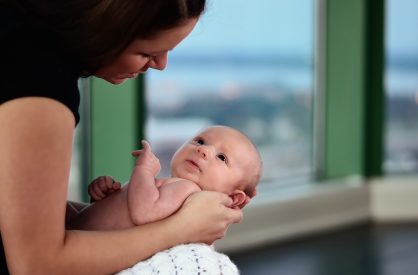 Longitudinal studies have allowed researchers to track whether breastfeeding is associated with other outcomes in infancy and childhood, through to adolescence and even adulthood.

“Any amount of breastfeeding is associated with better cognitive function in children, adolescents and even adults”

Findings from the Millennium Cohort Study estimated that 53 per cent of hospitalisations for diarrhoea could be prevented every month if all infants were exclusively breastfed, and 31 per cent they were partially breastfed.

In addition, exclusive breastfeeding could prevent 27 per cent of hospital admissions for infants with lower respiratory tract infections every month, and 25 per cent by partial breastfeeding.

A similar study of more than 1,700 infants in the Southampton Women’s Survey found that breastfeeding protects against an even

However, in both studies, the apparent benefits wore off shortly after breastfeeding ended. A study of more than 6,500 children taking part in the Avon Longitudinal Study of Parents and Children (ALSPAC) also concluded that there was no evidence of any effect (positive or negative) of breastfeeding on wheezing, asthma, allergies, or lung function by ages seven to eight.

Findings from a number of longitudinal studies indicate that breastfeeding is beneficial for cognitive development.

The benefits of breastfeeding on children’s development can also last well into childhood. Another ALSPAC study of around 12,000 children found that children who had been breastfed – either partially or exclusively – for at least four weeks scored higher on standard attainment tests from age 5 to 14 than those who had not been breastfed, with the greatest difference being among 14-year-olds.

Interestingly, the benefits were strongest for infants whose mothers faced circumstances that may have deterred them from breastfeeding, such as poor health, lower socioeconomic status, and single parenthood.

A study of nearly 5,500 children taking part in the Millennium Cohort Study (MCS) found a similar association between breastfeeding and educational achievement. Researchers found that English children who had been exclusively breastfed for at least two months were nine per cent more likely to have reached a good level of attainment on the Foundation Stage Profile – a statutory assessment tool used by teachers in state schools in England. Breastfed children’s score were, on average, two to three points higher than those who were never breastfed.

The association remained even after controlling for a wide range of maternal and socioeconomic factors.

Other findings from the MCS, the 1958 National Child Development Study and the 1946 British birth cohort have found associations between breastfeeding and children’s scores on various assessments of general ability as early as 3 years and as old as 15.

Another study of the 1946 British birth cohort concluded that the benefits of breastfeeding on cognition can last well into adult life. Researchers found that people who were breastfed for longer as infants had slightly better reading ability at age 53. This was largely due to the connection between breastfeeding and improved cognitive ability at age 15.

However, other research has suggested that better cognitive function is only associated with, and not caused by, breastfeeding.

A study of the children of the 1946 cohort members found that the association between breastfeeding and cognitive development was explained by either father’s social class, mothers’ education, or mother’s cognitive function.

Another study of 5,475 children taking part in the US National Longitudinal Survey of Youth 1979 found no effect of breastfeeding on the children’s cognitive function, once their mother’s IQ had been taken into account. The association between breastfeeding and cognitive development was significantly reduced when controlling for mother’s IQ, and became statistically insignificant when controlling for other related factors, such as mother’s education, mother’s age at birth, and family socioeconomic circumstances.

The women who were well-adjusted in childhood due to breastfeeding were less likely to experience emotional distress as adults than those who were not breastfed. They also had greater self-efficacy. Once again, there was no effect on men.

A longitudinal study of was one of the first to identify the link between breastfeeding and social mobility.

Findings from the Hertfordshire Cohort Study found that infant feeding is associated with eating habits in later life.

Researchers examined the diets of more than 3,000 men and women between the ages of 59 to 73 who were born in Hertfordshire in the 1930s. They compared this information to whether they had been breastfed, breast and bottle-fed or bottle-fed only in their first year of life.

They found that people who had been exclusively breastfed ate more fruit, vegetables, wholemeal cereals and oily fish as adults than those who were breast and bottle-fed, or bottle-fed only. They were also less likely to eat lots of white bread, chips, added sugar and processed meat.

The following selection of published longitudinal research represents the breadth of work done on breastfeeding. Please note this list is not exhaustive. 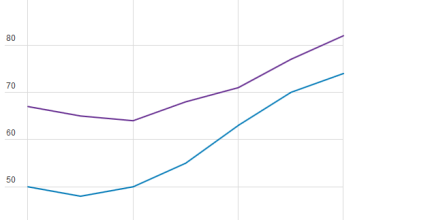