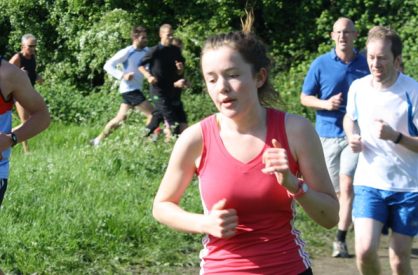 Longitudinal studies have enabled researchers to track the evolution of the obesity epidemic and understand more about the predictors and prevalence of obesity both in childhood and adult life.

Prevalence and predictors of obesity

Busy lifestyles and the increasing availability of high-calorie convenience foods are having a major impact on our body size. A comparison of the 1958 National Child Development Study (NCDS) with the MRC National Survey of Health and Development (1946 cohort) found that people born in 1958 started to become overweight much earlier in adulthood than those born in 1946, even though there was little difference between the weight of the two generations in childhood. The researchers suggest this is due to the changes in diet and lifestyle that led to an obesity epidemic in the 1980s, when the 1946 cohort were in their 30s and the 1958 cohort were in their 20s.

Furthermore, research using data from the 1970 British Cohort Study (BCS70) has shown that the generation born in 1970 were more likely to be obese at a younger age than the 1958 cohort. Findings revealed that men and women born in 1970 were at a higher risk of being overweight or obese at age 42 than those born in 1958 were at the same age. Sixteen per cent of both men and women in the 1958 generation were obese at age 42, compared to one in five women (20 per cent) and nearly a quarter of men (23 per cent) born in 1970.

Evidence from the CLOSER studies has also revealed significant social differences in obesity levels. For example, an analysis of NCDS found that cohort members from more advantaged backgrounds were less likely to be obese as adults. Those whose fathers had unskilled manual jobs during their early childhood faced the highest risk of obesity in adult life.

Another recent study based on NCDS found that obesity is strongly associated with social, psychological and behavioural factors in adulthood. The researchers found that adults who had high educational qualifications and took frequent physical exercise were at lower risk of obesity than those who did not. Personality traits were also linked to obesity, with adults who showed high levels of extraversion being more likely to carry excess weight. In contrast, those who were highly conscientious were less likely to be obese.

Longitudinal evidence has demonstrated that people who are overweight or obese face a higher risk of health problems. For example, research based on the MRC National Survey of Health and Development (1946 cohort) found that excessive weight gain during any period of adulthood was associated with higher blood pressure at age 53. People who became overweight in their early adult years were more likely to have higher blood pressure in their early-50s than those who gained weight later.

Analysis of the 1946 cohort has also shown that adults who are overweight or obese are at a greater risk of conditions associated with heart disease, including type 2 diabetes, high blood pressure, and high cholesterol levels. The researchers found that the risk increased the longer people were overweight for.

However, losing enough weight to drop a category on the body mass index (BMI) scale (for example moving from ‘overweight’ to ‘normal weight’) at any point in adulthood was associated with improvements in cardiovascular health, even if the weight loss was not sustained. This suggests that losing weight at any stage of adulthood is beneficial and can have a long-term benefit.

Similarly, findings from the Avon Longitudinal Study of Parents and Children (ALSPAC) have shown that children who were overweight at age 9-12 were more likely to have increased blood pressure and higher cholesterol and insulin levels at age 15-16, and could therefore face a greater risk of heart disease in later life. Returning to a normal weight by adolescence helped to reduce this risk.

Data from the Millennium Cohort Study (MCS) revealed that 16 per cent of UK children born in 2000-2001 were overweight by age 5, and a further 5 per cent were obese. Levels of overweight and obesity varied significantly by UK country, with children in Northern Ireland most likely to be overweight or obese (25 per cent) and those in England least likely (21 per cent).

Several research studies have looked at the association between childhood obesity and physical activity. An influential study using data from the Avon Longitudinal Study of Parents and Children (ALSPAC) showed that doing just 15 minutes a day of moderate exercise lowered a child’s chances of being obese by almost 50 per cent. Similarly, researchers found that children in the MCS who usually travelled to and from school by car or bus at age 5 were more likely to be overweight than those who walked or cycled.

Research based on ALSPAC has also indicated that most excess weight gain occurs between ages 7 and 9, while increases in early childhood and adolescence are smaller and more gradual.

There is mixed evidence on the impact of being breastfed on obesity in childhood and adulthood. Some studies have suggested that breastfeeding protects against obesity. For example, researchers using the MCS found that children were more likely to be overweight at age 3 if they were never breastfed, and if they were introduced to solid foods before they were 4 months old.

However, an analysis of the 1958 National Child Development Study found no effect of breastfeeding on body mass index (BMI) once other background factors, such as social class and mother’s weight, had been taken into account.

Similarly, a study using data from the Avon Longitudinal Study of Parents and Children indicated that the apparent impact of breastfeeding on child BMI is actually due to the higher socio-economic position of mothers who are more likely to breastfeed. Evidence shows that children from advantaged backgrounds are less likely to be overweight.

A study of data from Southampton Women’s Survey (SWS) revealed that children whose mothers gain excessive weight during pregnancy were more likely to be overweight at birth and in early childhood. They had an average of 7 per cent more fat mass at birth than children whose mothers gained an adequate amount of weight in pregnancy. At age 6, they had 10 per cent more fat mass.

Data from the SWS also indicates that vitamin D levels of mothers during pregnancy affect the weight of their offspring. Interestingly, researchers found that low vitamin D levels were associated with a lower fat mass in children at birth, but with a higher fat mass at age 6.