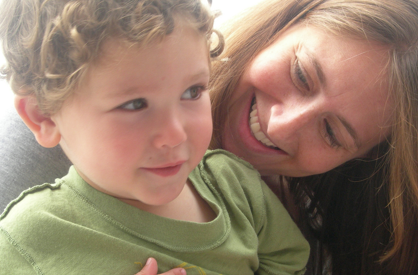 Longitudinal evidence has helped us understand more about the impact of motherhood on women's work patterns and their children's development.

Having children and returning to work

A comparison of the 1958 National Child Development Study (NCDS) and the 1970 British Cohort Study (BCS70) found that the median age of first-time motherhood rose by one and a half years for women in the 1970 generation compared to those born in 1958. Women with degree-level qualifications were most likely to postpone childbirth.

The CLOSER studies have also revealed how women’s employment breaks after having children have shortened in recent decades. For example, only one fifth of women in the MRC National Survey of Health and Development (1946 British birth cohort) had returned to work within a year of giving birth to their first child, compared to two fifths in NCDS and around half of mothers in BCS70.

Evidence from these cohorts shows that women who stayed in education longer were more likely to delay childbirth and tended to go back to work much faster than their less qualified peers when they did have children. They were also more likely to return to a job of the same status as the one they left.

Researchers have linked the shortening of women’s employment breaks to the growing availability of part-time jobs. Findings from NCDS, the Millennium Cohort Study and the Avon Longitudinal Study of Parents and Children have also shown that the extension of statutory maternity leave has helped mothers to continue their careers.

Data from the CLOSER studies shows that in general mothers are more likely to work as their children get older. Women who go back to work after longer breaks from employment are particularly likely to have part-time jobs. In the Millennium Cohort Study (MCS) forty-eight per cent of mothers were working when their child was 9 months old (35 per cent part time and 13 per cent full-time), compared to 61 per cent by the time they were age 7 (45 per cent part-time and 16 per cent full-time).

Seventy per cent of MCS mothers who were working part time nine months after their child was born had a job with longer hours than when they were pregnant. Switching from full-time to part-time work was associated with a change in employer, a decrease in relative hourly pay and lower job status.

Analysis of the British Household Panel Survey, the MRC National Survey of Health and Development (1946 British birth cohort), the 1958 National Child Development Study and the 1970 British Cohort Study has found that while mothers tend to earn less than fathers, this is primarily because they are more likely to work part-time.

A recent analysis of the Millennium Cohort Study (MCS) and the children of mothers in the 1970 British Cohort Study (BCS70) found no association between children’s literacy, maths ability and behaviour and their mothers going out to work during the first year of their lives. Although earlier research based on other CLOSER studies had identified a small disadvantage in literacy among children born between 1970 and the mid-1990s whose mothers had worked in their early years, the new findings indicate that this disadvantage has disappeared for younger generations.

Further analyses of the MCS have also suggested that things have changed for this age group, having found no evidence of poorer social and emotional behaviour or cognitive ability in children whose mothers went out to work when they were infants. Researchers say that this is likely to be a result of increased support for parents who work, such as more maternity leave, and changes in the availability of childcare.

Researchers looking at the Millennium Cohort Study (MCS) found that children were more likely to be overweight at age 3 if their mother had been employed at any point since they were born. Among families in the top income groups the likelihood of three-year-olds carrying excess weight also increased with every 10 hours their mother worked per week. There was no relationship between obesity in early childhood and whether or not the child’s father worked.

Another analysis of MCS data examined the relationship between working mothers and children’s health behaviours at age 5. The findings revealed that children with mothers who worked part-time or full-time were more likely to primarily consume sweetened soft-drinks between meals than children whose mothers had never been employed. They were also more likely to use the computer or

watch television for two or more hours a day, and to be driven to school instead of walking or cycling. Five-year-olds whose mothers worked full-time were less likely than their peers to snack on mainly fruit or vegetables or to eat more than three portions of fruit a day.

Researchers have also found an association between informal childcare and overweight at age 3 among children from more advantaged backgrounds. A study using the MCS revealed that children whose mothers were from a managerial or professional background, had a degree, or lived in a two-parent family were at an increased risk of being overweight if their childcare was provided by grandparents, other relatives, friends or neighbours.

The following selection of published longitudinal research represents the breadth of work done on working mothers. Please note this list is not exhaustive. 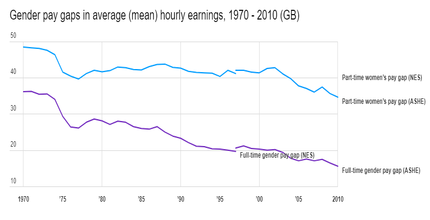