Home  >  Blogs  >  How useful do young people think Relationships and Sex Education is? Evidence from LSYPE2 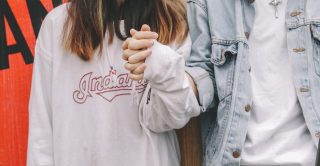 The Department for Education recently published a new research brief which used data from the Longitudinal Study of Young People in England 2 to examine the experiences of Relationships and Sex Education and sexual risk-taking. Here, Rushda Khandker (Senior Research Officer) explores the brief’s key findings.

The changes to the guidance reflect the Department for Education’s (DfE) commitment to ensuring that provision is more consistent across the country, and that all young people are equipped for the challenges they may face in adolescence and adult life.

In 2018, the Longitudinal Study of Young People in England 2 (LSYPE2) asked young people about their experiences of and attitudes to the RSE they had received prior to the new changes. The Longitudinal Studies Team at DfE explored patterns in perceptions of RSE and the characteristics associated with sexual risk-taking among the LSYPE2 cohort.

The analysis used data from the sixth wave of LSYPE2 (2018), when cohort members were age 18/19. The findings have been published in a research brief which can be found on GOV.UK.

Most young people found their RSE at school to be useful and just under half described the sex and relationships education they received as ‘fairly useful’ or ‘very useful’.

Young people from religious backgrounds were more likely than those from a non-religious background (17% to 10%) to describe the RSE they received as ‘very useful’ and were less likely (51% to 59%) to say they learned about sexual matters from family.

However, around 1 in 5 young people found their RSE to be ‘not at all useful’. Young people with a long term physical or mental disability, as well as those who did not identify as heterosexual, were more likely to say they did not find it useful. Some of these groups were also more likely to engage in sexual risk-taking.

The research found an association between poor psychological health and sexual risk-taking. Young people who experienced higher psychological distress at ages 14/15 were 12 percentage points more likely than those who were not distressed to have sex before the legal age of consent.

Young people who had experienced higher psychological distress between age 16-19 were 10 percentage points more likely to say that they had had sex without precautions or contraception and were more than twice as likely to have contracted a sexually transmitted infection than their peers.

Our research highlights some of the key disparities according to differing characteristics in perceptions of RSE and likelihood of sexual risk-taking for young people in 2018.

The new statutory guidance has addressed some of these disparities and seeks to support all young people to be happy, healthy, safe and well-equipped for adult life. For secondary school pupils, the new guidance covers age-appropriate RSE and will include factual knowledge around sex, sexual health and sexuality, set firmly within the context of relationships.

The DfE is committed to supporting schools in their preparations and has published non-statutory implementation guidance titled ‘Plan your Relationships, Sex and Health Curriculum’, alongside teacher training materials. The support is available on a one-stop page for teachers on GOV.UK.

Information similar to that collected in LSYPE2 will be gathered from future cohorts to help monitor how the guidance has influenced practice in schools and benefited young people.

If you would like to access LSYPE2 data to conduct your own analyses, please get in touch with Team.Longitudinal@education.gov.uk. Data from waves 1-8 of LSYPE2 are available for direct share through the Office for National Statistics Secure Research Service (ONS SRS).

LSYPE2 covers a range of topics related to young people’s education, work, future plans, behaviours, mental health and wellbeing, demographics, and more. The first three waves of data also include responses from their parents. The data can be used for a wide variety of analyses and can be linked with a number of administrative data sources, such as the National Pupil Database.

Rushda Khandker is a Senior Research Officer at the UK Department for Education (DfE), and Survey Manager for Longitudinal Survey of Young People in England: Cohort 2.