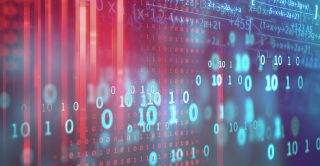 Earlier this month, ONS announced new data standards – a step towards more accurate data sharing across government. In this blog, CLOSER’s Technical Lead, Jon Johnson, explores why such standards matter and how they might be enforced.

It’s like that old saying goes, ‘You wait ages for a bus, and then two come along at once’. Two important developments recently occurred in the data standards world.

The first ‘bus’ in this instance is the announcement by the Office for National Statistics (ONS) of its new data and metadata standards, fleshing out its Data Strategy, which is a significant step forward towards data sharing across government. ONS is a member of the United Nations Economic Commission for Europe’s Modernisation of Statistics programme, which is attempting to coordinate the collection and dissemination of national statistics. Although it’s not been the most active member of the programme, ONS is clearing aligning with some of its outputs.

The schemas ONS is using are those adopted across Europe. While it might seem dull, using the same definitions for administrative fields is critical. It helps to ensure accurate and definitive data sharing between government departments and across borders.

The metadata standards proposed are Dublin Core for minimum exchange, Stat-DCAT for statistical microdata, SDMX for aggregate statistical data, CSVW for data description, and schema.org for definition of terms. These are internationally established and widely accepted both in government and, to a lesser extent, research.

The standards pay some attention to data formats (e.g. descriptions of currency or dates). But don’t dismiss this as a nerd thing. It takes major effort to avoid errors and misinterpretation of date and numeric formats, and currency. And such mistakes can also have real world consequences for individuals, businesses and the accurate exchange of data between systems. I fell victim to a similar error with HMRC when pre-populating my tax return without a decimal point. It meant it looked like I had a hefty tax bill but in reality they owed me money!

Carrot or stick? How do we ensure standards are widely adopted?

Then along came the second ‘bus’ in the form of a recent Administrative Data Research UK-hosted panel on the theme of ‘getting things done with data in government‘. Dr Stephen Lorimer, Head of Public Sector Data at the Department for Digital Culture, Media and Sport discussed key barriers to delivering standards. He said recent reports had poured cold water on the effectiveness of “winning hearts and minds”, advocating instead for a mandatory approach.

With either a carrot or stick approach, there is still need for skills training, accessible tools and coordination of technology. Government needs all of these if it wants ONS’s proposals widely adopted.

The consultation on the National Data Strategy can open discussions of where to draw the lines for acceptability and utility. Our experience in CLOSER has been that, while it is important to have incentives and exemplar models, coordinated progress will require a certain level of mandatory minimum standards to be enforced.