Home  >  News  >  Boys much more likely to fall behind girls by the time they start school, report shows 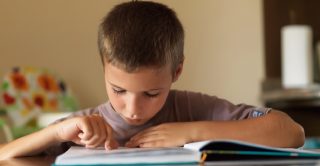 Almost a half of all boys did not reach the expected literacy standard in their reception year at school, according to findings from the Millennium Cohort Study (MCS).

Researchers from the University of Bristol found that girls fared better, with a third not reaching the expected level in language and communication in their Foundation Profile assessment at age 5.

The study, commissioned by Save the Children, included more than 6,000 children born across the UK in 2000-01 who are being followed by MCS.

However, the study’s authors discovered that two thirds of the gender gap at age 11 is due to the fact that boys, on average, have poorer language skills than girls at age 5.

Professor Gemma Moss, the lead author of the study, said: “Having poor early language skills and attention is equally consequential for both boys and girls, but because boys are more likely to fall into this group, this impacts on the gender gap in attainment at age 11.”

The study showed that at the age of 3, parents reading to children and taking them to library helped to improve their literacy at age 5. Although boys and girls were just as likely to experience these activities, girls were more likely to sing songs, make up nursery rhymes, draw, paint and learn letters in their early years.

Professor Moss said: “We do not know how far gendered expectations of boys’ versus girls’ behaviours are driving some of these differences in social interaction. We do know that both boys and girls will benefit from a rich language and literacy environment in which adults extend children’s language and engage their interest in a wide range of pre-literacy activities. These are important factors that lay the building blocks for success in schooling.”

The report makes a series of recommendations aimed at addressing these problems: “High quality teaching in the early years should remain a priority area for investment. Interventions designed to address poor language and pre-literacy skills in the preschool years should ensure boys as well as girls gain access to rich language and literacy learning environments.”

‘Understanding the Gender Gap in Literacy and Language Development’ by Professor Gemma Moss and Dr Liz Washbrook was published as a working paper by the University of Bristol in July 2016.