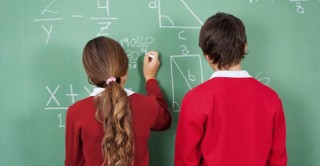 The mental capacity of 11-year-olds helps predict their financial success in later life, according to findings from the 1958 British birth cohort.

Researchers from University College London analysed information on more than 4,500 people born across Great Britain in a single week in 1958, who are being followed by National Child Development Study. They found that men and women’s monthly net earnings at age 55 were linked to their performance on intelligence tests 44 years earlier.

The researchers explained that it is well established that brighter people end up with better educational qualifications, which in turn lead to better paid jobs.

Two personality traits also mattered in explaining career success – conscientiousness and openness. “Conscientious people tend to do better at work and rise to higher positions which are better paid,” the researchers said.

They also noted that openness had previously been linked to intelligence: “open people tend to be more curious, to have more positive attitudes to learning and experimentation, and hence better educational outcomes, which may promote success at work and better jobs.”

Childhood social class was not directly related to adult income, but probably did influence educational success, which in turn affected adult pay.

Women earned less than men in their fifties. The researchers noted that this was likely due to a range of factors. For example, more women than men worked part-time and they were out the labour market for longer periods taking care of children and families.

Girls did better than boys on IQ tests at age 11, but had gained fewer educational qualifications than men by age 33, which in turn affected their job prospects. Women of this generation were less likely to be encouraged to stay in education than men.

‘Childhood cognitive ability predicts adult financial wellbeing’ by Adrian Furnham and Helen Cheng was published in the Journal of Intelligence in December 2016.