A new cross-cohort study has revealed that parents who work to instil self-control in their children will see them reap the benefits throughout their working life. 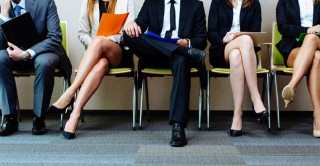 esearchers analysed data on more than 15,000 British children to examine the link between self-control and adult unemployment. The study, led by the University of Stirling, used longitudinal datasets from the 1958 National Child Development Study and the 1970 British Cohort Study.

Self-control was measured at ages as young as seven and the analyses adjusted for intelligence, social class, and family background and health factors. The results provided clear evidence linking lower self-control ratings to unemployment in adulthood.

The researchers found that children with high self-control are much more likely to find and retain employment as adults, spending 40 per cent less time unemployed than those who had poorer self-control as children.

“Low childhood self-control predicted unemployment in adulthood, even decades later at age 50,” said Dr Michael Daly of the Behavioural Science Centre at the University of Stirling.

The concept of self-control can include a child’s ability to pay attention, persist with difficult tasks and suppress inappropriate or impulsive behaviours.

Children in both surveys were rated by teachers on how well they paid attention in school, whether they got distracted and whether they kept their focus long enough to complete tasks.

Dr Daly and his colleagues then compared that data to the participants’ employment record from 1986 to 2008 and found that up to age 38, those who had low self-control as children had 1.6 times as many months of unemployment as those with high self-control.

While a link between adults’ self-control and immediate job success might seem obvious, no previous research has directly examined whether measures of childhood self-control could forecast who successfully enters the workforce and avoids spells of unemployment across adult life.

By their mid-twenties, those who scored lower on self-control had significantly higher levels of unemployment, which accumulated throughout their adult life.

In addition, by analysing data from before and after the recession of the 1980s, the research team discovered that those with poor childhood self-control experienced a pronounced spike in joblessness during this difficult economic period. While this group were among the first to lose their jobs during the recession, they also found it more difficult to regain employment.

This could be attributed to a range of factors including a heightened vulnerability to stress due to unemployment, the adverse effect of prolonged career interruptions on skill development and a greater likelihood of falling into habits which hinder their chances of regaining employment, such as poor time management and irregular sleep patterns.

“The study highlights the importance of early life self-control as a powerful predictor of job prospects in adulthood,” said Dr Daly.

“Developing greater self-control in childhood, when the capacity for self-control is particularly malleable, could help buffer against unemployment during recessions and bring long-term benefits to society, through increased employment rates and productivity.”

Dr Daly added that preschool interventions, activities such as yoga and martial arts, and walking meditation exercises have all been shown to help develop better self-control.

The study, ‘Childhood Self-Control and Unemployment Throughout the Life Span: Evidence From Two British Cohort Studies’ is published in the journal Psychological Science.