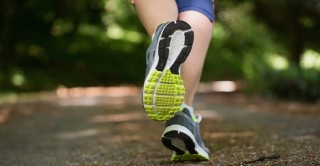 People with good motor coordination at 10 years old tend to spend less time in front of screens – either computer or TV – in adolescence and middle-age. They are also more likely to be physically active in their early 40s.

A new study, led by University College London, is the first to investigate how motor coordination in childhood is linked to sedentary behaviour in people in their mid-forties.

Researchers used data from the 1970 British Cohort Study, which follows the lives of more than 17,000 people born in England, Scotland and Wales in a single week in 1970.They were asked about their level of physical activity and sedentary habits at age 10, 16 and 42.

At age 10, the participants’ mothers provided information on how often they watched TV and played sport. Their motor coordination skills were assessed by a health visitor, who gave them various tests such as throwing a ball, standing on one leg, and walking backwards.

Six years later at age 16, the study participants were asked what sports and activities they played and how often. The teenagers were also asked how long they spent doing sedentary activities after school, such as watching TV, films or playing video games.

At age 42, the participants were asked about how long they spent in front of a computer or watching TV each day, and about their participation in sports and activities.

By their early 40s, those with good motor coordination in childhood had more physically active lifestyles, as well as lower odds of spending lots of time in front of screens.

Researchers pointed out that it is still not clear whether poor coordination leads to more sedentary behaviour or whether this is an inevitable result of being less active. One possible explanation is that poor coordination may lower participation in sports as they become less enjoyable. The study authors pointed out that further research would be needed to test this explanation.

Dr Lee Smith, University College London, author of the study, said: The study also does not account for poor coordination arising from illness or other physical limitations. Inconsistent survey questions and a tendency for people to under-estimate the amount of TV they watch, are important for researchers to note: though the 1970 survey data on time spent watching TV is consistent with other studies.

More sedentary lifestyles are associated with obesity and a range of poor health outcomes, but in the UK, they show no signs of decreasing. The study authors suggested that more focused public health intervention is needed, and may be best targeted at children with poor motor coordination skills.

About the 1970 British Cohort Study

1970 British Cohort Study (BCS70) is following the lives of more than 17,000 people born in England, Scotland and Wales in a single week in 1970. Over the course of cohort members’ lives, the BCS70 has collected information on health, physical, educational and social development, and economic circumstances, among other factors.