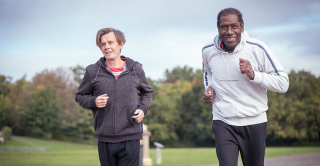 In 2017, the Government identified ‘Ageing Society’ as one of the Industrial Strategy’s four Grand Challenges, with a mission to “ensure that people can enjoy at least five extra healthy, independent years of life by 2035, while narrowing the gap between the experience of the richest and poorest.”

A new report from the House of Lords Science and Technology Select Committee finds that the Government’s Ageing Society Grand Challenge is not on track to achieve this target and a lack of progress towards reducing health inequalities, concluding that urgent action is needed to increase healthy life expectancy and reduce health inequalities in old age.

Inequalities in healthy life expectancy remain stark: people in the most deprived groups on average spend almost 20 years longer in poor health than those in the least deprived groups. There are also shockingly large differences in healthy life expectancy amongst ethnic groups. These inequalities have been exacerbated further by COVID-19: evidence from CLOSER’s longitudinal population studies show that socioeconomic inequalities in health and life chances are widening – the pandemic has had a greater impact on those living in more disadvantaged areas, women, ethnic-minorities and those with chronic illnesses.

Despite this lack of progress, the Committee suggests that the UK has the opportunity to be a leader in understanding the impacts of lifestyle on health, using its well-established longitudinal population studies in conjunction with its expertise in emerging areas of biomedical research. To achieve this the Committee emphasises that it is important that the studies are provided with longer-term funding that gives greater security to these world-class scientific assets. The Committee also highlights the need for longitudinal population studies to recruit sufficient numbers of people from different ethnicities and socioeconomic groups in order to better understand health inequalities in older adults and how these may be resolved in the longer term.

Drawing on evidence from UK longitudinal population studies (including the 1946 British Birth Cohort Study, English Longitudinal Study of Ageing and the Lothian Birth Cohort Studies) the report outlines that longitudinal population studies are the main source of information on which factors influence health during life, including old age, and that these studies are highly valued by the research community. It highlights the potential value of cross-cohort comparisons (further findings can be obtained by combining information from different longitudinal studies) and surfaces points made by oral witnesses that rules on access to NHS data can delay or prevent research, citing an example of where it took several years to obtain permission to use NHS data as part of the English Longitudinal Study of Ageing, and that the data could not be shared with other researchers.

The Committee sets out a range of recommendations across science, technology and health services to improve health in old age. Those of particular relevance to research include:

Find out more about the Lords Science and Technology Committee on the UK Parliament website.

So do we.
Sign up to our email newsletters to get the latest from the home of longitudinal research