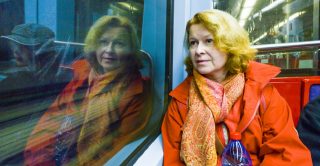 Adding 20 minutes more commuting time each day has the same effect on job satisfaction as taking a 19% pay cut, according to a new study using data from Understanding Society.

The average commuting time per day in England has risen from 48 minutes to 60 minutes over the past 20 years, with one in seven commuters now spending at least two hours a day travelling to and from work.

Researchers from the University of the West of England examined the impacts of commuting to work on the wellbeing of more than 26,000 employees in England over a five year period.

The study revealed that, all else being equal, every extra minute of commuting time reduces job satisfaction and leisure time satisfaction, increases strain and worsens mental health.

“On the other hand, longer commute times were not found to have a large impact on life satisfaction overall. This is because people take on longer commutes for good reasons relating to improving their employment, housing and family situations and these factors serve to increase life satisfaction. This does not mean that the negative wellbeing impacts of longer commutes can be disregarded. The acceptance that a long commute is a price to pay may only persist if it is considered unavoidable and a social norm.”

Funded by the Economic and Social Research Council, the UWE Bristol study was undertaken to better understand the impact of commuting on people’s lives.