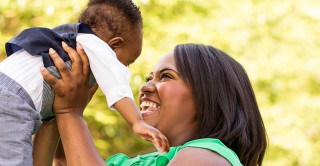 Social policy debates have made much of the changing nature of the family in the UK. But how do individual families change over time? And how does this change affect children as they grow up?

Longitudinal studies are an invaluable resource for answering such questions, and monitoring whether the answers change for different generations of Britons. But they also present a challenge – harmonising measures of family composition over time and across studies.

In this blog, Ian Plewis, of the Cathie Marsh Institute for Social Research, talks about the challenges he and his colleague Pierre Walthery faced in determining how measures of family composition might be harmonised across UK longitudinal studies as part of the ESRC-funded eStat project.

The makeup of 21st century families with children living together in the United Kingdom shows considerable variability, both at any point in time but also over time as children get older. No one structure is optimal for every child but it is plausible that children’s development will be affected both by current arrangements and by changes in these arrangements.

How can we categorise these kinds of families consistently across studies? Ideally, we would like a fairly small number of categories that covers most of the variability at all ages in all studies – a balance between portability and completeness. Harmonising definitions across studies would enable researchers to see whether findings from one study are replicated in another, thus exploiting the richness of the UK’s longitudinal resources and strengthening the research base in a way that is rather uncommon in the social sciences at present.

Harmonisation is not, however, as easy as it might be. Methods of data collection have become more sophisticated over time, especially in terms of how household grids are used by interviewers to record all the relationships between individuals in a household. The older UK birth cohort studies collected only rather rudimentary data about family structure, limited by technology but probably also by the fact that most children lived their childhood years in stable and ‘traditional’ two parent setups.

We constructed two sets of variables to represent family composition, applicable to both studies. The first set of four variables was designed to encompass differences at one point in time and aggregate differences across ages – the repeated cross-sectional indicators. They are:

The second set of three variables – the longitudinal indicators – was designed to cover changes in family composition with age for the child. They are:

The aim of our project was, in essence, to demonstrate the feasibility of constructing consistent indicators. We did, however, generate some interesting findings, notably about change. For example, about 5% of children could expect to experience a reduction, and 2% to experience an increase, from two/one to one/two biological parents in the household between waves. The findings were generally consistent across the two studies albeit with some subtle differences: more details can be found in the associated report. Importantly, the data and STATA do files are available for researchers to conduct further investigations of change and to link the measures of family composition to outcomes of interest.

Walthery, P. and Plewis, I. (2015). Following families over time and across studies: towards a generic definition of family composition for use in longitudinal analysis of children’s development.

Visit the Cathie Marsh Institute for Social Research website for code files from this project and further resources: www.cmist.manchester.ac.uk/research/publications/reports/