Home  >  News  >  From education to employment: what makes a difference to young people as they look for work 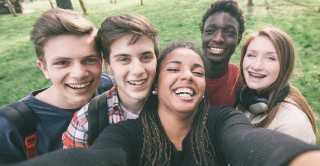 The new publication was created by What Works Wellbeing and it looks at the factors that contribute to young people finding a job.

The report also highlights why looking at young people’s lives has the added advantage of enabling the researchers to separate out the effect of wellbeing on employment status from the effect of employments status on wellbeing.

You can see more about the information that Understanding Society collects from young people here.