What affects women’s chances of bringing up children, whilst also maintaining a career? A new report highlights what factors have the most impact. 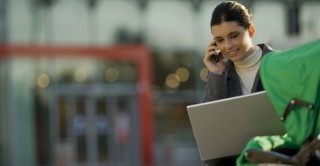 The new publication reveals what factors contribute to a mother’s likeliness to return to the workplace; they include having accessible childcare, her marital and health status and the age of her youngest child.

The author, Patralekha Ukil from Rabindra Bharati University in Kolkata used data from Understanding Society to carry out the research.

Patralekha then used the data to understand the factors that affect women’s chances of returning to the workplace after having children.

The author commented on these interesting findings: “A possible explanation is that more educated women are capable of earning more in their early career years, so they can reduce their labour force participation in later years, with an increase in their family size.”

The author commented: “It is obvious that several policies, such as subsidised childcare facilities and maternity leave provisions would allow women to return to work in a much easier manner after childbirth. Childcare facilities in the workplace would reduce the negative effect that children tend to have on maternal labour force participation.”

The researcher also found that having the first two children of the same sex has a significantly positive effect on the probability having a third child: this corroborates the well-known demographic finding that parents in developed nations prefer to have a ‘balanced family’.

Download the paper: Effect of Fertility on Female Labour Force Participation in the United Kingdom.