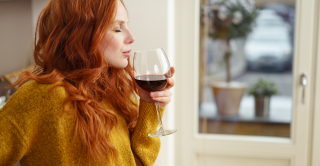 Researchers have called into question the apparent benefits of light alcohol consumption – as well as the supposed ‘risks’ of not drinking – after examining the drinking habits of middle-aged Britons.

A study from the UCL Centre for Longitudinal Studies and Pennsylvania State University analysed information on more than 9,000 people born across England, Scotland and Wales in 1958 who are being followed by the National Child Development Study. The researchers tracked changes in people’s drinking and cigarette smoking habits from age 23 to 55, and linked this to their mental and physical health over the same period.

Light to moderate drinkers had no more than 14 units of alcohol per week, the current maximum recommended for men and women by the UK’s Department of Health. This is equivalent to roughly six pints of beer or six medium glasses of wine.

About one third of men and women in the study said they drank at this light to moderate level from ages 23 to 55. This group was also very unlikely to smoke during that time. These people reported the best health and quality of life in middle age, compared to those who drank lightly to moderately but also smoked, those who both drank more heavily and smoked, or those who refrained from alcohol or cut back their drinking over time.

The supposed ‘benefits’ of moderate drinking – or indeed the ‘risks’ of abstaining from alcohol – have been widely reported in the media. However, many reports have failed to take into account people’s lifetime health and histories of substance use.

For example, light to moderate drinkers slipped into poor health if they were former smokers or still had the occasional cigarette. This may be either a direct effect of smoking on health or because smoking often goes hand-in-hand with other unhealthy behaviours such as poor diet or lack of exercise.

Furthermore, about a quarter of men and women reported quitting or cutting back their drinking over the course of adult life. Many of these people began adulthood in poorer physical or mental health than their peers. At age 55, those who abstained from alcohol included former heavy drinkers, those who quit after falling into ill health, and those with long-term health problems who never took up drinking.

The health benefits of modest drinking habits can also be overstated if they are not separated from the benefits of education, which is well-known to be linked to better adult health. Having few or no educational qualifications was also associated with little or no drinking. On the other hand, men and women with the highest educational qualifications at age 23 were more likely than their peers to drink at light to moderate rates throughout their adult lives, and were unlikely to take up smoking.

Less than 2 per cent of 55-year-olds said they had never drunk alcohol in their lives. However, about 1 in 5 of these people had previously reported drinking when they were younger. This suggests it is not uncommon for those who drink very little to misremember previous drinking habits.

“Lifetime alcohol abstention appears to be very rare in this sample of British adults born in 1958. Alcohol abstainers are a diverse group. They include former heavy drinkers who quit due to problems with alcohol, as well as those who quit drinking due to poor health, and not just lifetime abstainers. Medical professionals and public health officials should be wary of drawing conclusions about the so-called ‘dangers’ of never drinking without more robust evidence.”

Professor Jennifer Maggs, another of the study’s authors, added:

“Evidence continues to grow that alcohol has many health risks, including for cancer. Therefore, it is dangerous to report only benefits of moderate alcohol consumption. Drinking habits are also shaped by our education, health earlier in life, and related lifestyle factors including smoking. These other influences may be the real factors underlying the connection between drinking and midlife health.”

“This interesting study provides yet more evidence that any benefits associated with drinking alcohol are smaller than previously thought.

“The UK’s chief medical officers are clear in their drinking guidelines that the risk of illnesses, including certain types of cancer, increases with any amount of alcohol drunk, however little. The guidelines also state that any benefits to drinking are smaller than previously thought, and only apply to women aged 55 and over who drink at very low levels (around 1 unit of alcohol per day).

“The most effective way to reduce the harms associated with alcohol consumption would be to introduce a minimum unit price for alcohol, below which a unit of alcohol cannot be sold. In Scotland, where the government is seeking to implement minimum unit pricing, research has shown that in the first year alone, 60 lives would be saved, and there would be 1,600 fewer hospital admissions.

“In addition, the government has a responsibility to ensure the public are aware of the harms associated with alcohol, so that they can make informed choices about their drinking. This should happen in two ways: mandatory labelling of all alcohol products, and government-backed national mass media campaigns.”

‘Alcohol and cigarette use from age 23 to 55: Links with health and well-being in the long-term National Child Development Study’ by Jeremy Staff and Jennifer Maggs was published in the Journal of Studies on Alcohol and Drugs in May 2017.