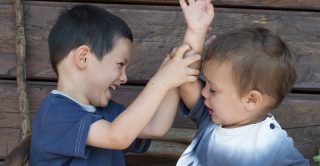 Children who are hyperactive are more likely to report poor mental health when they are adults, according to findings from the National Child Development Study (NCDS).

Researchers from King’s College London and Cardiff University analysed information on almost 10,000 people born in England, Scotland and Wales during a single week in 1958, who are being followed by NCDS.

When the participants were aged 7 and 11, their parents and teachers were asked a series of questions to assess the children’s emotional, behavioural and hyperactivity problems. More than 450 children were classified as hyperactive, including 322 boys and 131 girls.

The researchers then examined whether hyperactive children were more likely to go on to report psychological distress at ages 23, 33, 42 and 50.

Men who were hyperactive in childhood were at higher risk of suffering from distress at all ages, compared to those who were not classified as hyperactive.

Women were also more likely to report psychological distress if they had been hyperactive children, but the relationship had vanished by the time women reached age 50.

Hyperactive children tended to have lower birth weight, other behavioural and emotional problems, and lower reading and maths test scores. However, after taking these factors into account, the associations between childhood hyperactivity and psychological distress in adulthood remained.

The report said: “Given the burden of adult depression, the identification of high-risk groups for mood problems opens a window for early prevention and intervention.

“The next steps are to better understand the mechanisms by which hyperactivity confers risk for mood difficulties, and whether existing early prevention programs for depression can help improve outcomes in those at high risk by virtue of childhood hyperactivity.”