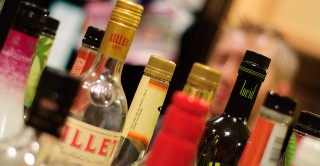 Among women with young children, those in low-income households are more likely to exceed recommended levels on alcohol, according to a new study.

Dr Sarah Baker of Leeds Beckett University used information from the Millennium Cohort Study, which follows families with children born in 2000-01. She looked at 7,000 mothers with children aged 9 months in England and found an association between ‘risky’ levels of drinking and mothers’ socioeconomic circumstances. Differences were most marked between mothers in the poorest households (with incomes less than £10,400 a year) and those from the most affluent homes (with more than £31,200 a year).

In 1995 the Department of Health recommended drinking no more than two to three units of alcohol a day, or 21 units per week. In 2016, the limits were lowered to no more than 14 units a week – the equivalent of six glasses of wine or six pints of beer.

The study defined ‘risky’ as more than 21 units a week, in keeping with the recommendation at the time mothers were interviewed. About one in seven of women had risky drinking habits, based on what they said they consumed.

Mothers who had left school at 16 were more likely to report ‘risky’ drinking than those who stayed on in education until their early 20s. Teen mums were likely to drink more than those who gave birth when they were over 30, and single mothers had higher odds of risky drinking than their married counterparts. The chances of risky drinking also increased the more children a woman had.

The more of these socioeconomic disadvantages a mother faced, the greater her chances of drinking above the recommended limits.

These findings contrast with some previous studies that suggested mothers in higher income households and those with more years of education tended to drink more alcohol.

Dr Baker said the study showed the importance of examining risky alcohol use in relation to social circumstance. Because motherhood is such an important turning point in women’s lives, mothers’ drinking habits should be the focus of specific studies, she said.

‘The influence of social circumstances on ‘risky’ patterns of alcohol consumption among mothers with preschool-aged children in England’ by Sarah Baker was published in Substance Use & Misuse in December 2016.