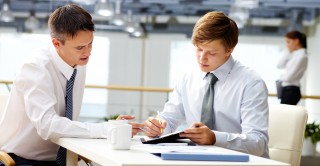 Researchers have analysed data from the British Household Panel Survey, the predecessor to Understanding Society, over an 18 year period to investigate the personality traits of managers in Britain.

The paper published in Emerald Insight aimed to investigate the relationship between the Big-Five personality traits: Extraversion, Agreeableness, and Openness to Experience, Conscientiousness and neuroticism and employees’ chances of becoming managers, paying particular attention to gender and sector differences.

Professor Yannis Georgellis, University of Kent said, “Female managers are more likely than males to have stronger personalities. In particular, conscientiousness, extraversion, and openness have a stronger impact on the propensity of female employees becoming managers than that of male employees.”

What impact could this research have?

Professor Georgellis said, “A practical implication of these findings is that individuals who aspire to managerial positions need to have a greater self-awareness of their personality traits, which although tend to be inherited and are stable over time, they can still be developed by appropriate training and experiences.”