Home  >  News  >  Men healthier in middle age if they have children in their 30s, study reveals 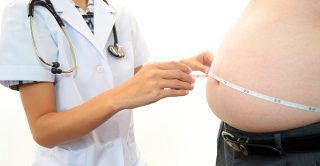 However, married, working women who wait to become mothers are no healthier than their counterparts who have children earlier.

Researchers from University College London and the University of Essex analysed data on more than 2,400 people born in England, Scotland and Wales in 1946, who are taking part in the MRC National Survey of Health and Development.

They looked at men and women’s employment, partnership and parenthood status between the ages of 16 and 51, before examining the results of health assessments carried out when participants were 53.

Nearly all men in the study were in continuous full-time employment throughout their adult lives. Around half of men started families in their early 20s. Just under a third became parents in their early 30s.

Those who waited to become fathers had waists 2 cm smaller, on average, by age 53 than those who started parenthood earlier. They also had lower blood pressure and fewer symptoms related to the onset of diabetes. The health benefits were mostly explained by the lower than average BMIs of men who had children later.

Women’s work and family circumstances were more diverse. For example, 30 per cent were employed full-time until their early 20s, when they married and had children, after which they returned to part-time work. Around one in ten married early and stayed in full-time work, waiting until their early 30s to have children and becoming homemakers.

Compared to those women who became mothers during their early 20s, those who waited to have children were no healthier.

After taking into account survey members’ social class and health behaviours – including whether they smoked, exercised and had alcohol problems – the associations remained.

The study’s authors said: “The health advantage of later parenthood has previously been shown in this cohort and in other studies. However the present study adds to these findings by showing that it is later parenthood in combination with full-time employment which appears to be most beneficial for health.”