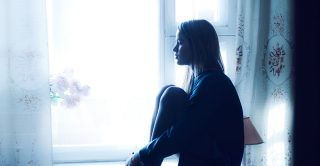 Children in low-income families have poorer mental health if their parents are juggling several creditors, according to research based on the Millennium Cohort Study (MCS).

A report for The Children’s Society used information from 11-year-olds born across the UK in 2000-01 who are taking part in MCS. Among families on lower incomes, the researchers found that the number of debts the household owed had a negative impact on children’s mental health over and above other financial worries.

Parents were asked about their financial circumstances, and whether their sons and daughters experienced a range of symptoms known to be linked to mental ill-health, including emotional and behavioural problems, being hyperactive, and trouble getting along with other children their age.

Parents on lower incomes who said they had financial difficulties were more likely to report that their children had mental health problems the more debts they had. Children from better-off homes with no financial worries were not affected by their families’ debts.

Interestingly, the total amount families owed was not linked to their children’s mental health. In fact, children from households owing very large amounts of money actually had fewer symptoms of mental health problems. The authors note that this is likely to be because large debt reflects the ability to borrow significant amounts, for example for a mortgage, which normally indicates a family’s financial stability.

The authors concluded that coping with multiple creditors was likely to be an additional stress on families that are already struggling financially, and that this has a knock-on effect on children’s mental health.

‘The damage of debt: the impact of money worries on children’s mental health and wellbeing’ Ilona Pinter, David Ayre, Emily Emmott was published by The Children’s Society in September 2016.