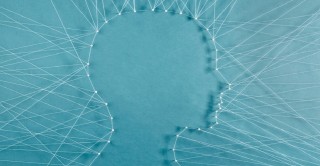 People who are neurotic and those who are open to new experiences may share a significant portion of their genetic makeup, new research suggests.

The study investigated the extent to which personality is down to our genes, and the genetic link between five common personality traits: openness to experience, conscientiousness, extraversion, agreeableness and neuroticism, known to psychologists as the ‘Big Five’.

Researchers from King’s College London and Queen Mary University analysed information on more than 5,000 people born across England, Scotland and Wales born in a single week in 1958, who are being followed by the National Child Development Study.

Neuroticism and openness to experience had a large genetic overlap. The findings support the idea that there is a general factor of personality – that is, the theory that human beings have a shared personality component in their genes: albeit one that expresses itself differently in different people.

While previous studies have suggested a link between personality traits, the study is the first to look at look at all ‘Big Five’ traits within the same sample.

The study adds to the growing body of work seeking to illuminate the genetic underpinnings of personality.

About the National Child Development Study

The National Child Development Study (NCDS) is a continuing, multidisciplinary longitudinal British birth cohort study. It began when data were collected on 18,558 babies born in Great Britain (England, Scotland and Wales) in 1 week in 1958.