A new study challenges the commonly held view that social polarisation in the UK is increasing by revealing that people of different class-backgrounds appear to be mixing more than ever. 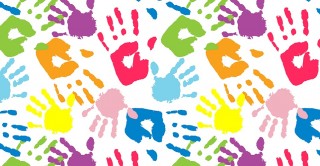 Using data from major UK social surveys, including the 1970 British Cohort Study, the 1958 National Child Development Study, Understanding Society and the British Household Panel Survey, researchers investigated social mixing, and whether this changed between 1970 and 2012.

Researchers wanted to establish whether social mixing has altered in line with other social shifts, such as changes in family structure and employment patterns, and relatively recent improvements in travel and communication.

The study classified people into social groups defined by their economic positions, attitudes or lifestyles and measured the level of social interaction between people with similar and different attributes.

Social interaction was measured by the sharing of networks, friendship or marriage.

Researchers aimed to identify the social ties that hold the strongest influences, given that in contemporary Britain one person may be involved in diverse networks, and may hold multiple identities simultaneously – for example, Christian, socialist, Times reader, swimmer.

The study’s lead researcher, Dr Paul Lambert of the University of Stirling, said: “Our evidence shows that in general there has been increased social intermixing and reduced exclusivity in the UK over the last 40 years.”

“We found that in terms of social distance patterns, neither Britain, nor indeed Europe, is ‘pulling apart’. Rather for Britain it has been more a case of ‘pulling together’.”

The study, ‘Is Britain Pulling Apart?’ is funded by the Economic and Social Research Council (ESRC) and its findings are reported in the Spring Issue of the ESRC magazine, Society Now. For more information visit the project website.