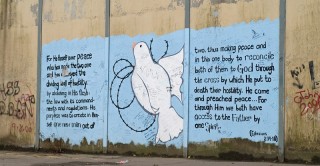 A new discussion paper analyses Understanding Society’s predecessor, the British Household Panel Survey (BHPS) data to suggest that €1bn funding from a European Union programme did not help those living in the most deprived areas of Northern Ireland.

It concludes that PEACE II, a six-year program founded by the EU, has not brought long-term and sustainable peace to Northern Ireland.

After the 1998 Good Friday Agreement left communities divided, PEACE II was set up to help rebuild a peaceful and stable society. Over €1bn of public money was spent between 2000 and 2006 on small-scale community and business ventures.

The paper, Money Can’t Buy Love But Can It Buy Peace? evidence from the EU Programme for Peace and Reconciliation uses data from the British Household Panel Survey (BHPS), to evaluate neighbourhood quality.

This is the first rigorous quantitative evidence on the effectiveness of the PEACE II programme.

In the report, the authors say:

“Our results offer intuition for how the effectiveness of peacebuilding programmes can be improved in the future. More careful consideration must be given, not just to the quality of the projects funded as in PEACE II, but also to the locations that will benefit most from peacebuilding investment.”

This news has been re-posted from the Understanding Society website. Image courtesy of Shaun Dunphy.