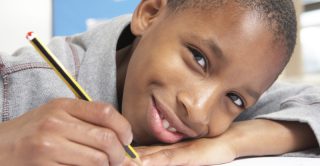 Children born to older mothers tend to show the most cognitive ability nowadays, when in previous generations they typically showed less promise.

Mature mothers of children born at the turn of the new millennium are more likely to be better educated and wealthier than the older mothers of the Baby Boomers and Generation X before them. These advantages appear to have a positive effect on children’s cognitive development.

Researchers from the London School of Economics, Max Planck Institute for Demographic Research and University of Helsinki analysed information on more than 30,000 British people from three generations, born in 1958, 1970 and 2000-01.

After grouping mothers by the ages at which they gave birth, the researchers analysed the results of cognitive assessments taken by their children when they were 10/11 years old.

Less than 50 per cent of children born to older mothers at the turn of the century were the third or later born child in a large family, compared to more than 70 per cent of those born to mature mothers in the older generations. The mature mothers of the younger generation tended to be better educated and their families were better off, on average, than those of the older groups.

The report said: “In the past, families in which children were born to older mothers tended to have larger numbers of children and were poorer than the average; whereas today these families tend to have a smaller number of children and are socioeconomically more advantaged than the average, often because parents invest in education and become established in professional occupation before having children.

“Consequently the association between advanced maternal age and children’s cognitive development might have changed over time.”

‘The reversing association between advanced maternal age and child cognitive development: Evidence from three UK birth cohorts’ by A. Goisis, D.C. Schneider and M. Myrskyla was published in the International Journal of Epidemiology in February 2017.