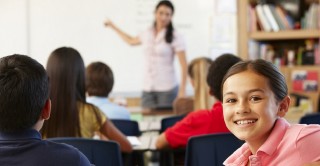 In the UK, children born in the summer months learn in classes alongside children 11 or 12 months older. The new rules mean that parents of summer-born children are to be given the right to delay their child’s education for a year, with the reassurance that they will not then be forced to skip a year to catch up with their peers.

A child is not legally required to go to school until they are five, but some parents who have delayed their summer-born child starting school have then been told they will have to skip a year and lose a whole year’s education. Under the new rules, parents can now expect their child to remain in the same year group throughout.

Earlier this year, an Education Select Committee investigation on how summer-born children fare at school heard evidence based on several British longitudinal studies. Research by Tammy Campbell of the UCL Institute of Education using data from the Millennium Cohort Study found that summer-born pupils are disproportionately placed in lower ability groups, and this disadvantages them throughout much of their schooling.

Researchers from the Institute of Fiscal Studies (IFS) analysed information from the Millennium Cohort Study, the Avon Longitudinal Study of Parents and Children, and Next Steps. They found that summer-born pupils were more likely than their autumn-born classmates not to believe in their own ability or think that they have control over their lives. They were also more likely to be unhappy at school and to be bullied.

Professor Claire Crawford at Warwick University, one of the authors of the IFS report, said: “Our research suggests that it is the age at which children sit their exams that largely determines why summer-born children perform more poorly in national achievement tests, on average, than autumn-born children.

“Accounting for a child’s age when calculating their grades would solve this problem, but greater flexibility in school starting dates will not. While it is clearly advantageous for the existing rules to be applied consistently throughout the country, the evidence does not suggest that this will ‘level the playing field’ for summer-born children.”

Tammy Campbell, UCL Institute of Education, welcomed the move to address the disadvantages of younger children, but added that: “It is also important to consider the other factors that create the ‘month of birth effect’. These include the reception curriculum itself. There are indications that some parts of it are developmentally inappropriate for four-year-olds.

“This means that, regardless of the exact age at which they start school, some children will fall behind their peers simply because they are not quite ready for the work expected.”

Read the Institute for Fiscal Studies report “When you are born matters: evidence for England” by Claire Crawford, Lorraine Dearden and Ellen Greaves (May 2013).

The Millennium Cohort Study (MCS) is a multi-disciplinary research project following the lives of around 19,000 children born in the UK in 2000-01. It is the most recent of Britain’s world-renowned national longitudinal birth cohort studies. It is managed by the Centre for Longitudinal Studies (CLS) at UCL Institute of Education.

Read coverage in the Guardian and BBC.