Home  >  News  >  Many people believe in ‘green’ values, but fewer put it into practise 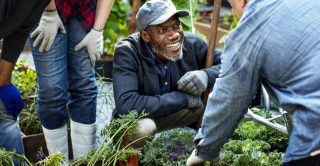 Believing in environmental values boosts life satisfaction, but the latest research shows this boost is mostly due to self-image (i.e. one’s own assessment of how environmentally-friendly one’s behaviour is) rather than concrete pro-environmental behaviours such as conserving water, recycling, etc.

Professor Binder explains what inspired his research, “There have been a handful of studies showing positive associations between green behaviors and subjective well-being but they all were cross-sectional, not accounting for personality traits and making a causal interpretation difficult. Some of these studies were also about rather limited parts of the population, e.g. sampling only members of a Buddhist religious organisation. None of the studies accounted for “green self-image” as opposed to actual green behaviors.”

Professor Binder said, “Our study might not be good news for policy makers: if ‘feeling green’ instead of doing actual green things brings well-being gains, this disconnect needs to be taken into account when trying to motivate people to behave environmentally-friendly. The good news is that doing green things at least does not make people feel miserable.”