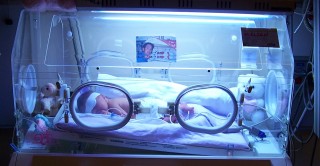 Children who are born prematurely not only tend to perform worse academically but also appear to accumulate less wealth as adults, according to a new study.

Researchers found that premature children are more likely to have decreased reading and mathematical skills. The academics also detected that mathematical ability in childhood has an effect on how much they earned as adults.

Lead author, Professor Dieter Wolke, University of Warwick, said: “Basic mathematical skills are increasingly important in modern jobs. This study is of importance because it could be used to flag up the need for extra support at school for children who are born pre-term.”

To measure adult wealth, the researchers looked at a combination of participants’ family income and social class, their housing and employment status, and their own perceptions of their financial situation. To measure participants’ academic abilities, they examined mathematics and reading ability, combined with ratings from teachers and parents.

Pre-term children tended to demonstrate lower academic abilities in childhood, and for mathematics in particular. The researchers also found that children who were born prematurely tended to have lower educational qualifications and lower wealth at age 42 than those who were born full-term.

“Our findings suggest that the economic costs of pre-term birth are not limited to healthcare and educational support in childhood, but extend well into adulthood”, Wolke concludes.

While the overall size of the effects found in the study are small, the fact they emerge at all after four decades is remarkable, the researchers argued.