Home  >  News  >  Satisfaction with income increases, according to ONS report 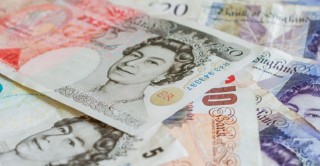 In 2012/13, the percentage of respondents that were somewhat, mostly, or completely, satisfied with their level of income was 53.4%

The data from Understanding society provided information on the proportion of individuals that report being somewhat, mostly, or completely, satisfied with the income of their household, and the proportion of households that report finding it quite, or very, difficult to get by financially.The results showed that in the financial year 2012 to 2013 (2012/13), the proportion of individuals that reported finding it difficult to get by financially was 10.1%. This was 0.8 percentage points lower than 2011/12, continuing the slight downward trend that has been seen since it peaked in 2009/10.In 2012/13, the percentage of respondents that were somewhat, mostly, or completely, satisfied with their level of income was 53.4%, this is up 0.8 percentage points from 2011/12. Satisfaction with income saw a downward trend between 2007 and 2011/12, recording a 4.7 percentage point decline between 2010/11 and 2011/12. Whilst the increase in 2012/13 shows some improvement in this trend, it remains below the levels seen prior to the economic downturn.

Which survey questions were used for analysis?

The percentages were acquired by using data from the following questions:

Question 2: Please choose the number which you feel best describes how dissatisfied or satisfied you are with the following aspects of your current situation: the income of your household…

All of the information can be found in the report, Economic Well-being, Quarter 1 Jan to Mar 2015