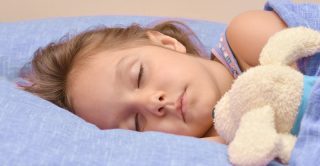 Children who eat breakfast and have a regular bedtime routine are less likely to become overweight or obese during childhood, according to findings from the Millennium Cohort Study (MCS).

Those who maintain a healthy weight are at less risk of developing emotional and conduct problems, are more likely to be happy, have higher self-esteem, and are more satisfied with their bodies.

Researchers from University College London and Orebro University analysed information on almost 17,000 children born across the UK in 2000-01 who are taking part in MCS.

They examined if the children’s body mass index (BMI) at ages 3, 5, 7 and 11 differed according to their backgrounds, ethnicity and early life circumstances.

More than 13 per cent of children were not overweight at age 3, but became so at later ages. Around 2.5 per cent were obese at 3 and remained so throughout childhood.

The majority (84%) stayed a normal weight throughout childhood, and just 0.6 per cent were obese at 3 but lost weight between 5 to 11 years of age.

Girls, Indian, Pakistani and black children, and those whose mothers left school at 16 were more likely to put on weight in childhood. Children from the richest fifth of homes were less likely than other children to become overweight.

Compared with children who were not overweight through childhood, those who became overweight tended to have more emotional and conduct problems, were less happy, had lower self-esteem and were less satisfied with their bodies at age 11.

Those who were persistently obese throughout childhood had the same psychological and emotional problems, but were also more likely to have drank alcohol and smoked cigarettes at age 11.

The study’s lead author, Dr Yvonne Kelly explained: “Several potentially modifiable early life factors, including smoking in pregnancy and family routines (skipping breakfast and not having a regular bedtime), appeared important in predicting BMIs in the overweight and obese ranges. These findings support the need for intervention strategies.

“Given continuities in overweight or obesity and mental health from childhood into adolescence and adulthood, intervening early could alter trajectories and have important implications for physical health, psychosocial well-being, and health behaviours across the life course.”

Press coverage of this research

The Sun: Missing breakfast, late bedtimes and mums who smoke ‘are making kids fatter than EVER’