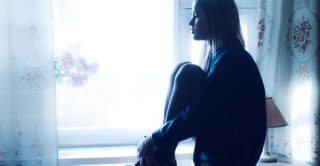 Children who have difficulties with social communication, as seen in autism spectrum disorders (ASD), have a higher risk of self-harm with suicidal behaviour by the age of 16 years compared to those without, finds a University of Bristol study.

The aim of the study, published in the Journal of the American Academy of Child and Adolescent Psychiatry (JAACAP), was to understand whether autistic characteristics in childhood are linked with suicidal thoughts, plans and self-harm at 16 years.

Children on the autism spectrum often have difficulties in social communication. Recent research has suggested that suicide could be important in premature deaths in autistic people.  However, until now, population-based studies on suicidal thoughts and behaviours in this population has been limited.  Factors that could explain the risk of suicide in autistic people, such as depression, have also not been studied.

Researchers analysed data on 5,031 adolescents from the Avon Longitudinal Study of Parents and Children (ALSPAC), to assess whether there were any associations between ASD-like traits (social communication, pragmatic language, sociability, repetitive behaviour) and the risk of suicidal self-harm and suicidal thoughts and plans by the age of 16 years.  Depression in early adolescence at 12 years of age was considered as a possible explanatory mechanism.

The researchers found that children with difficulties in social communication had a higher risk of suicidal self-harm, suicidal thoughts and plans by the age of 16 years as compared to those without. There was no evidence for an association between ASD diagnosis and suicidal behaviours, but the researchers thought this could be because of the small number of individuals with an autism diagnosis followed up until age 16 years.

The team found that approximately a third (32 per cent) of the association between social communication difficulties and suicidal self-harm was explained by depression in early adolescence.

Dr Iryna Culpin, Senior Research Associate in the Bristol Medical School (PHS) and lead author of the study, said: “Our study suggests that children who have difficulties with social communication are at higher risk for suicidal ideation and behaviour in late adolescence. Depressive symptoms in early adolescence partially explain this association which emphasises the importance of addressing the mental health needs of children with autism.

“Future studies should focus on identifying other changeable mechanisms to develop preventative interventions for people with autism.”

This research was funded by the Baily Thomas Charitable Fund.

Read the paper, ‘Autistic traits and suicidal thoughts, plans and self-harm in late adolescence: population based cohort study‘ by Iryna Culpin et al in Journal of the American Academy of Child and Adolescent [open access]