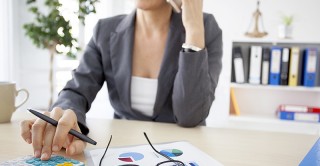 New research has looked at data over a 20-year period to uncover why the majority of working women contribute less than 40% of the household’s total income later on in their lives.

The presence of young children in the home continues to be a major incentive for women to leave full-time employment.

The study published in Research in Social Stratification and Mobility was carried out by researchers at the University of London.

The researchers chose to look at women who were in full-time employment originally to determine why many women become part-time workers.

The team did a comparative analysis of Eastern Germany, Western Germany and the United Kingdom using data from Understanding Society, and its predecessor, the British Household Panel Survey, and the German Socio-Economic Panel.

Three categories of women were identified as:

What were the differences between the UK and Germany?

Why was longitudinal data needed for this research?

Dr Vanessa Gash, University of London said, “We used German and British longitudinal data in order to analyse trends over time and to investigate how the factors affecting transitions from full-time to part-time change with time.”

“Policy initiatives and cultural change that enable and encourage men to be more involved in the domestic sphere and reduce their working time is another strategy to reduce the amount of economic and labour market inequality between men and women. Such a change would allow both partners to reduce their working hours during ‘family intensive years’ (e.g. while the children are small). Future research could investigate the contextual conditions under which such a dual part-time working strategy can be realised.”