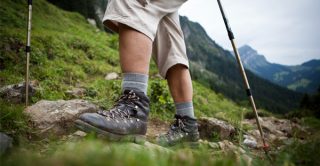 New longitudinal research has been able to examine how young people are experiencing rural/urban pay differences for the first time in the UK.

By monitoring the income of 1,594 people from 1991 right through to 2009, Dr Martin Culliney at the Sheffield Institute of Education investigated how rural/urban origin and residential location affects earning potential.

By using longitudinal data from the British Household Panel Survey (BHPS), the researcher was able to track participants who were aged 15-24 at the beginning of the observation period right up to 42-years-old at the end.

These were the groups that were observed:

Why was longitudinal data used for this research?

“No research to date has analysed the long-term effects of ‘staying rural’ on labour market outcomes using quantitative data from a representative, national, longitudinal panel survey. In this article, earnings over an 18-year period are examined, and a cohort of young people aged under 25 in 1991 is tracked into their thirties and early forties to give a longitudinal perspective on rural/urban pay differences for the first time in the British context. Uniquely, rural/urban origin and location are both taken into account,” said Dr Culliney.

The findings presented in this article pose two key challenges to policy makers:

‘Escaping the rural pay penalty: location, migration and the labour market’ by Martin Culliney was published in Work, Employment & Society in May 2016 .