LSYPE2, known as “Our Future” to respondents, started at the beginning of 2013 and is managed by the Department for Education (DfE). This is a major study of young people that will build upon the first LSYPE (also known as ‘Next Steps’), which DfE ran from 2004 to 2010 and is now being continued by the UCL Institute of Education.

LSYPE2 is following young people who were aged 13/14 in 2013 annually. The aims of this survey are:

The breadth of the topics asked about in LSYPE2 is wide-ranging and covers, for example, educational experiences as well as health, risky behaviours, relationships, future plans, employment and use of leisure time. This provides a holistic view of the whole child and how other aspects of their life impact on education. Data is also collected from the young person’s parents which allows LSYPE2 to link information about parental background and socio-economic status as well as parental views on their children’s lives to the data from the young people.

The study was designed to be as comparable as possible to the first LSYPE (Next Steps), in terms of methodology but also to some extent question coverage. Many of the topics covered in the first cohort are still relevant today, and therefore questions have been kept as similar as possible in order to retain comparability.

The study has been an important source of information for the Department for Education and more broadly. Findings from the survey were used in the 2019 State of the Nation Report on children and young people’s mental health and wellbeing. A number of other publications on a range of topics can be found on gov.uk.

The seventh wave of LSYPE2 interviewed over 6,000 young people aged 19/20. The study is currently in its eighth wave. As well as gathering important information on young people’s experiences of their final year in Higher Education or equivalent, it will be gathering some timely information on the impact of COVID-19 on their lives and current activities.

The young people in LSYPE2 were sampled through a two-stage process. Schools were sampled first, followed by the pupils within those schools. The sample includes young people in local authority (LA) maintained schools, academies and independent schools, but for practical reasons excludes small schools and overseas students. It includes special schools as well as mainstream provision. This sample was designed to ensure the widest feasible perspective on young people’s experiences.

The sample design boosted some groups of particular interest as follows:

In the first three waves, consent was collected from young people and their parents in order to allow the Department for Education to link data recorded about them on the National Pupil Database (NPD) with their survey data, greatly enhancing the richness of the data.

At Wave 4, young people were asked for consent to link to a range of sources of administrative data such as the NPD, ILR, HMRC and DWP records, and more for the course of the study.

The study is commissioned by the Department for Education. It is conducted by Kantar Public on behalf of the DfE. 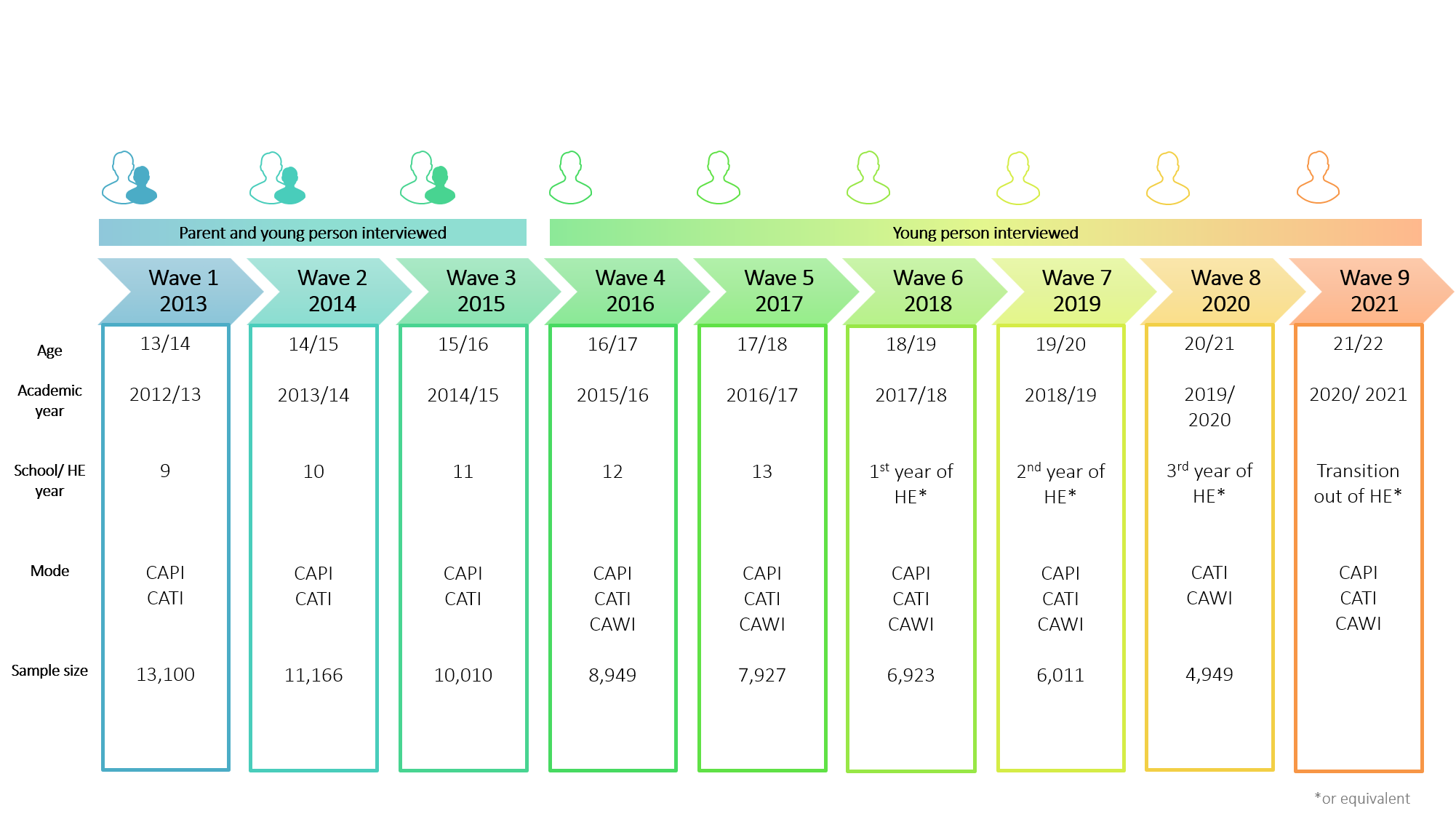 To date, LSYPE2 has published the following: