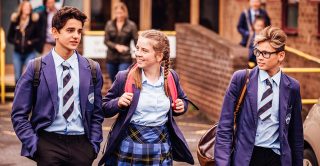 While personal stories contain a depth of detail that cannot be collected on a grand scale, statistical evidence provides the background against which exceptional cases can be seen in wider perspective, argues Professor Heather Joshi, founder of the Millennium Cohort Study.

BBC2’s ‘Generation Gifted’ documentary series is following six teenagers, selected at age 13 as having exceptional promise despite exceptionally difficult home backgrounds. The intention is to follow them until they are at least 16 and take their GCSEs.

The series not only shines a spotlight on the obstacles to social mobility, but it also helps illustrate a reason for having large-scale longitudinal studies, such as those within the CLOSER consortium. These have been a major source of evidence on the inequality of life chances between children born to rich and poor parents. They put numbers to the extent of social mobility and identify who gets trapped into disadvantage and who breaks out. The 1958 cohort study summarised the childhood experience of poorer children as ‘Born to Fail’. It also led to a qualitative follow-up of some of the individuals who defied the odds, ’Escape from Disadvantage’ by Doria Pilling.

Neither the audience of ‘Generation Gifted’ nor the six characters in these unfolding true stories know whether the promise of success will materialise, but the teenage protagonists have been brave enough to give an intelligent account of own strengths and weaknesses, of their aspirations and the difficulties they confront. Low family income was a condition of being selected. Other circumstances they mentioned were lack of space at home, disability or debt in the family, parental separation due to immigration rules, mother’s long work hours, and the prospect student debt. Their parents and the communities in which the teenagers lived tended to have limited horizons. The young people themselves displayed personal qualities likely to propel their academic progress, but others to impede it. All but one admitted to low confidence in their own abilities, and several were thought by their teachers to have unduly modest ambitions. Some found exams paralysingly stressful, another talked about dealing with his own aggressive behaviour.

The documentary also brought out the important role played by individual teachers in supporting the would-be high attainers, something also reported by Pilling in the 1970s. It also shows how nowadays the schools also have formal policies and structures to improve access for disadvantaged students to university.

Qualitative and quantitative evidence should complement one another in understanding the persistence and complexity of social disadvantage. The stories of individuals provide a richness that can illuminate the statistical summaries based on thousands of anonymous survey records. The design and analysis of the large-scale surveys, as well as policy, can be informed by the documentaries.

Although ‘Generation Gifted’ focuses on a small group, like qualitative research in general, not randomly selected, it can provide complementary insight into that gained on the large scale from longitudinal studies. For example, it is found in following up the 1970 cohort that academically able children who also had good social and emotional skills had a greater chance of doing well in adult life. This would help beat the odds of family disadvantage. It remains to be seen if the BBC’s six teenagers will fit that model.

Professor Heather Joshi is a research professor at UCL’s Centre for Longitudinal Studies and founder of the Millennium Cohort Study, which is following the lives of thousands of children born across England, Scotland, Wales and Northern Ireland in 2000-01

Read more about the longitudinal studies within CLOSER

Find out more about ‘Generation Gifted’