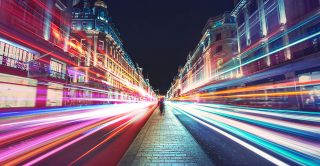 The government believes that unlocking the value of data is key to driving growth, both within the digital sector and across the economy, and has pledged to improve the use of data, data science and evidence in the process of government – in June 2018, the Secretary of State for the Department for Digital, Culture, Media & Sport (DCMS) announced the UK Government’s intention to develop a National Data Strategy that would unlock the power of data across government and the wider economy, while building citizen trust in its use.

A review of evidence and evidence gaps was commissioned to the government’s Policy Lab in early 2019, with further, more targeted desk-based research carried out by DCMS. Following this, responses to an initial call for evidence and series of roundtable events across the country surfaced a number of issues.

A key consensus was that data is not currently being harnessed to its full potential, and that a number of barriers needed to be addressed before this could happen. Commonly cited barriers included a lack of governance and senior leadership buy-in on data issues; a lack of agreed standards and poor data quality impacting the effective use and interoperability of data; the (in)consistent use of metadata – where it was provided at all; a data skills gap; and a culture of ‘working in silos’ with data across both the public and private sectors.

The findings from the call for evidence and roundtables have influenced the direction of a new UK National Data Strategy by informing its scope and potential interventions.

The UK National Data Strategy aims to build on the government’s manifesto pledge to improve data use in government. It looks at how existing UK strengths can be leveraged to boost the better use of data across businesses, government, civil society and individuals, proposing five priority missions and further actions that will support the delivery of the National Data Strategy. Four highly interconnected pillars that describe the basis for better data use underpin the strategy: Data foundations, Data skills, Data availability, and Responsible data.

The strategy acknowledges that much of the transformative potential of data lies in the potential for linkage and re-use of datasets across organisations, domains and sectors, and the need to create joined-up and interoperable data infrastructure. It identifies a number of barriers which significantly limit research – ranging from legal barriers (real and perceived) through to cultural blockers and risk aversion – arguing that these must be addressed if the UK is to remain at the forefront of science and research. Along with setting out the overarching pillars and direction of the National Data Strategy, the government also commits to a number of specific actions – those of particular relevance to the research community include:

Evidence base: The future of citizen data systems…

Published by the Government Office for Science as the evidence base to support the National Data Strategy, a new Foresight report highlights how regional citizen data systems, and the business models that reflect them, have emerged across the world. It argues that the effective use and sharing of citizen data has the potential to bring huge benefits to the economy and society as a whole and linking together of new types of citizen data – across the boundaries of industry, government, and our personal lives – offers some of the greatest opportunities. The report sets out four future scenarios for 2030 (Divergent data nationalism, Multipolarity, Deregulation, and Multilateralism), illustrating how global norms, business models and government approaches to citizen data could develop.

Following the publication of the UK National Data Strategy, the Government has launched a new 12-week consultation which seeks to ensure that the framework strategy has set the right overall direction and approach and that the strategy’s missions, associated areas of focus and policy proposals have received proper scrutiny and input. They are particularly keen to get input from academics, and research and policy organisations with an interest in the role of data in the economy and society about the framing and core principles of the strategy, along with some actions the government is considering.

The National Data Strategy consultation closes at 11:45pm on 2 December 2020. It is expected that the government’s response to the consultation will be published in early 2021.

So do we.
Sign up to our email newsletters to get the latest from the home of longitudinal research