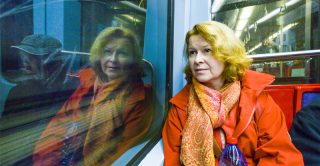 In a study of 5,320 middle-aged women in Children of the 90s, 3% were found to have had an eating disorder in the previous 12 months and more than one in seven (15.3%) reported having had an eating disorder at some point in their life. Less than a third of the affected women said they had sought help or received treatment.

This is the first time that the prevalence of eating disorders – conditions normally associated with teenagers and young adults – has been looked at in a large number of women in their 40s and 50s.

Dr Nadia Micali who led the research said, “Our study shows that eating disorders are not just confined to earlier decades of life, and that both chronic and new-onset disorders are apparent in mid-life. Many of the women who took part in this study told us this was the first time they had ever spoken about their eating difficulties, so we need to understand why many women did not seek help. It may be that there are some barriers women perceive in healthcare access or a lack of awareness among healthcare professionals.”

Dr Micali and her team also looked at the factors that may be associated with the onset of an eating disorder such as childhood happiness; parental divorce or separation; life events; relationship with parents; and sexual abuse.

In this study a women’s risk of suffering from anorexia nervosa or bulimia nervosa, two of the most common eating disorders in the UK, was increased by 4-10% per unit score of ‘unhappiness’ if they reported being unhappy during childhood.