Home  >  News  >  Bullying does not stop in the playground for lesbian, gay and bisexual young people, study finds 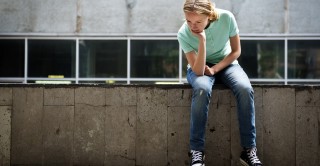 Lesbian, gay and bisexual (LGB) young people are more likely than their heterosexual classmates to be bullied throughout secondary school and into adulthood, according to new research.

Dr Morag Henderson, of the UCL Institute of Education (IOE), examined the experiences of more than 7,200 young adults from across England, who were born in 1989-90 and are being followed by a study called Next Steps. At age 20, the young adults were asked about their sexual identity and whether they had been bullied in the previous 12 months. Dr Henderson compared this information to their experiences of being bullied in secondary school.

Young LGB adults had a 52 per cent chance of having been bullied in the past year at age 20, compared to a 38 per cent chance for their heterosexual peers, after taking into account other characteristics that may make someone more likely to be targeted, such as gender, ethnicity, disability, or family socioeconomic background.

The situation had improved slightly since their school years. Between the ages of 14 and 16, young people who later went on to identify as LGB had a 56 per cent chance of having been bullied in the past year, compared to a 45 per cent chance for their heterosexual peers.

However, LGB young people were at considerably greater risk of being bullied frequently – that is, once or more every fortnight – during secondary school. LGB young people were more than twice as likely as their heterosexual classmates to be regularly physically bullied and excluded from social groups.

This is one of the only large-scale studies in England that tracks the bullying experiences of LGB people through schooling and into adulthood. Previous research has shown that the scarring effects of childhood bullying on physical and mental health can persist well into middle age.

The findings will be presented on Monday, November 9 at a seminar in London as part of the Economic and Social Research Council’s Festival of Social Science. The event is co-hosted by the IOE’s Centre for Longitudinal Studies and the Anti-Bullying Alliance.

“Although all people are less likely to be bullied as they get older, young LGB adults remain at higher risk than their peers,” Dr Henderson explains. “These findings suggest that in order to tackle the problem, anti-bullying interventions cannot be focused only at schools and their pupils. Policymakers, employers, further education institutions and others working with young adults need to do just as much in order to challenge discrimination at all ages.”

Anna Henry, Chair of the Anti-Bullying Alliance and Director of Policy, Office of the Children’s Commissioner said:

“These findings highlight how essential it is that we support all children and young people who are experiencing bullying, being particularly mindful to vulnerable groups. We also need to consider how wider prejudices within society have a long lasting impact on bullying behaviour – even into adulthood. We all need to take responsibility for bullying behaviour – whether it is happening in schools, our communities or online. It is vital that all children and young people are empowered to speak out about bullying, which is why the theme of this year’s Anti-Bullying Week is Make a Noise about Bullying. This includes feeling empowered to speak out about prejudice related bullying and having the confidence that teachers will listen and take action.”