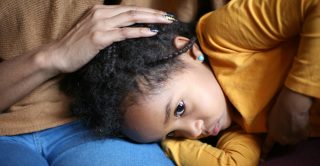 Following over 100 pieces of written evidence and oral evidence from 26 witnesses, yesterday the House of Commons Science and Technology Committee published their report on ‘Evidence-based early years intervention’, calling on the Government to draw up a new national strategy for early intervention approaches to address childhood adversity and trauma.

The Committee’s report identifies a number of areas for improvement, including provision of services and training, monitoring and oversight, coordination between different government departments and in the collection and analysis of data.  Ultimately, it recommends the need for a strategic, overarching approach in the form of a national strategy, which includes clear direction and frameworks to help local services deliver the support people need.

Having read all of the written submissions and listened to the oral sessions it is clear that early intervention provides an opportunity to transform the lives of those who suffer adversity in childhood.  As well as improving people’s lives, effective early intervention also saves money, addressing the root causes early on in life instead of dealing with multiple issues later in people’s lives, when they are more difficult (and expensive) to reverse.

Our submission to the Committee highlighted the contribution of the UK’s longitudinal studies as leading sources of evidence on how early circumstances and experiences affect people’s lives from childhood to adulthood.  By tracking people from all walks of life, longitudinal studies are able to identify the factors early in someone’s life that influence later life outcomes and how far-reaching the effects of disadvantage can be, providing insights that simply cannot be obtained from any other data sources.

In particular we focussed on how longitudinal evidence has demonstrated how being born into poverty or disadvantage can have lasting effects on health, education, employment and ageing.  Additionally, factors such as maternal health during pregnancy, child birthweight, parental education and employment, family housing and socio-economic circumstances can have a lasting effect on children’s cognitive, social and behavioural development.  We also underlined the use that could be made of administrative data held by the government when linked to longitudinal survey data:

“Gaps in the evidence base are, in part, a result of not being able to link longitudinal survey data to administrative records to provide a more complete picture of participants’ life stories and to better understand how different aspects of people’s lives interrelate.”

A number of research organisations, including the Early Intervention Foundation, supported this call, emphasizing how improved data access “could facilitate much deeper and higher-quality research in this space”.

We are delighted to see the value of data and the need for linkage between different data sources recognised by the Committee and support their recommendation (Paragraph 32) that academic researchers are able to access government administrative data (while insuring appropriate privacy and safeguarding mechanisms are in place).  It rightly places UKRI as the lead body to take this work forward and ensure that researchers can access the data they need.  A lack of appropriate data is a fundamental issue not just for researchers but also those who are delivering services and evaluating outcomes, something that has also been raised in recent Health Committee oral evidence sessions on the First 1000 days of Life inquiry.

The report also surfaces the numerous challenges in collecting and analysing data (including cost, time, capacity, infrastructure and incentives) – from local authorities trying to evaluate early intervention initiatives to the lack of a national system of data collection assessing development before the age of two – issues that we in the longitudinal research community are acutely aware of.

Linking longitudinal survey data to administrative records would provide a more complete picture of people’s life stories and vastly improve our understanding of how different aspects of their complex lives interrelate.  However, the progress made in this area by CLOSER and others continues to be painfully slow, despite the obvious benefits to research and the public.  I hope efforts will now be stepped up to maximise the use that could be made of administrative data held by the Government, with a particular focus the value gained by combining this with longitudinal survey data, which is far greater than that which emerges when each is analysed on its own.